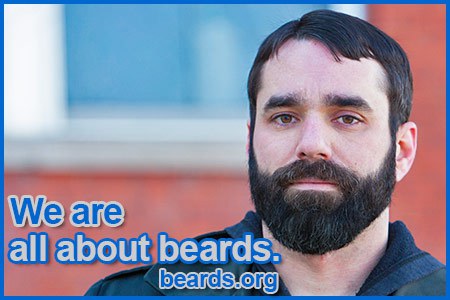 Today all about beards launched phase one of our site renovation at http://www.beards.org !  Please excuse any inconvenience should you find something not working during this transition.  Everything is pretty much working now, but small issues may still be found here and there until all are identified and eliminated.  More changes and improvements are on the way. 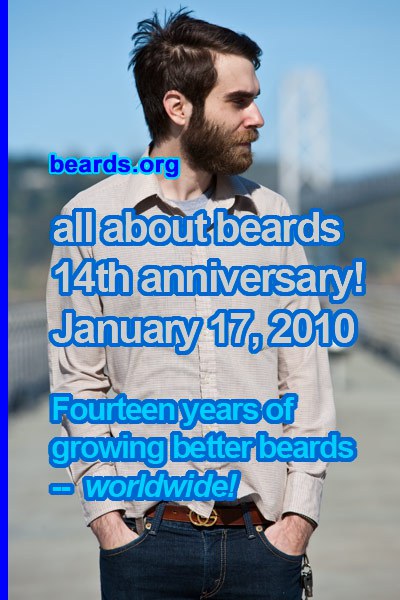 Today on the site’s fourteenth anniversary, the site is bigger and stronger than ever, with the momentum ever increasing.  More importantly, the site has encouraged and inspired countless men around the world to experience the unique adventure of growing a beard with great success.   The site remains dedicated to “growing better beards worldwide”, “adding more beards to the world”, and increasing the acceptance of beards everywhere.  I’d like to thank all of the beard growers and supporters everywhere whose beard-growing contributions have strengthened all about beards and advanced the bearded cause around the world. 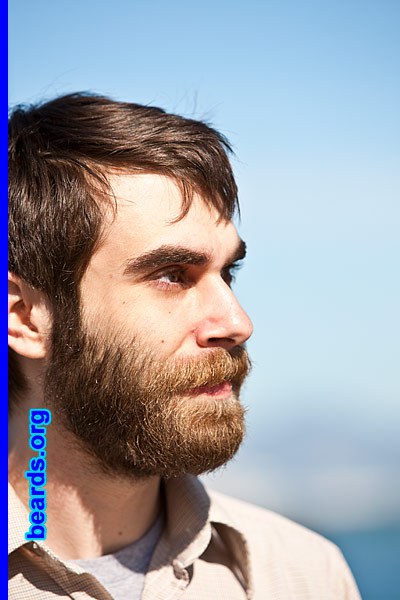 I wish you much happiness and happy beard growing in 2010!  All about beards celebrates fourteen years on the web this month!  This continues the site’s reign as the longest-running beard site on the web.

On the first day of this new year, it’s a good time to stop and give thanks.  I am so thankful to all of the contributors from around the world who help make beards.org a shining showcase for beards, inspiring men around the globe to experience the joy of growing a beard.  Thank you, all.

Looking back, all about beards had some pretty lean years.  The message history for the all about beards Yahoo! group that’s been used to announce site updates since 2001 is telling.  Here is how it appeared at the end of 2009: 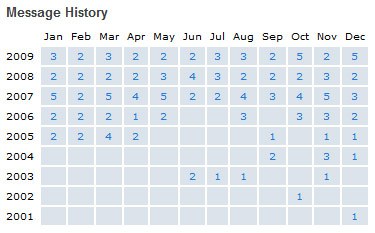 The numbers represent the number of site updates announced each month.  By 2001, the supply of content dwindled down to a trickle.  In addition to the lack of new content, other problems impeded the site’s growth during those very lean years.  2001 through 2004 were especially barren because the beards of the world gallery did not debut until November of 2004 (originally called the bearded visitors gallery).

Eventually, digital cameras came to the rescue.  The proliferation of digital cameras worldwide made it easy for beard growers everywhere to send in photos for the gallery.  The beards of the world gallery has become the beating heart and pride of all about beards.

Thanks, everyone, for growing your beards!  And by all means, keep showing off those beards here on beards.org!  Send ’em in!

What is today the “all about beards” site that resides here at beards.org appeared initially at the address http://members.aol.com/beardguy/ on the 17th of January 1996.  On the 20th of January of 2005, the all-new all about beards site made its debut at its current http://beards.org address.  The old site was hosted on web space allocated to AOL members.

I also have some housekeeping to do.  Actually, I never got completely weaned off of the old site, with a few features still residing there.  I have some extra work to do now to migrate those features here.